Home Dog Stories After Their Owner Died, A Dog And A Pig Are Looking For...

Penelope Rose, a potbellied pig, and Ruby Sue, a pit bull, are not exactly birds of the same feather. They do, however, hope to remain together as they search for a new forever home following their owner’s untimely death.

Since the animals’ owner died, Jessica Overlock and her family who live in Arizona have been caring for Penelope Rose and Ruby Sue. Jessica was a really close friend and the next-door neighbor of the animals’ dearly departed owner. Jessica was his dogs’ babysitter whenever he left the house when he was alive. Now, the woman is now caring for his beloved animals until they can find a new home now that he has passed away.

According to Jessica, the man’s family lives in Ohio, therefore he didn’t have any relatives in Arizona. They’re also uninterested in the pets. She would be the only one around to look after Penelope Rose and Ruby Sue.

While these two may appear to be without an owner at the moment, they still have each other. Also, despite their apparent differences, Penelope Rose and Ruby Sue have a deep affection for one other.

Jessica claimed that Penelope Rose and Ruby Sue do not believe they are pigs or pit bulls. They are merely siblings to each other.

Although it is uncommon for people to be interested in adopting a pig and a pit bull at the same time, Jessica stressed that keeping these best friends together is non-negotiable. She claimed she made this vow before the animals’ owner died.

Jessica has gotten so many messages since Penelope Rose and Ruby Sue’s story was initially made public that she can’t respond to them all. However, she mentioned that she looked for a few factors to guarantee that the prospective family is a good match for the pet siblings.

Ruby Sue can be aggressive with other dogs and cats, so Jessica hoped to find a family without these. She got along with humans and, more than likely, other pigs. Jessica noted that while it would be ideal to find a house in Arizona, she considered individuals from all over the country if they were the right fit. Thankfully, Penelope Rose and Ruby Sue found their forever home not long after. 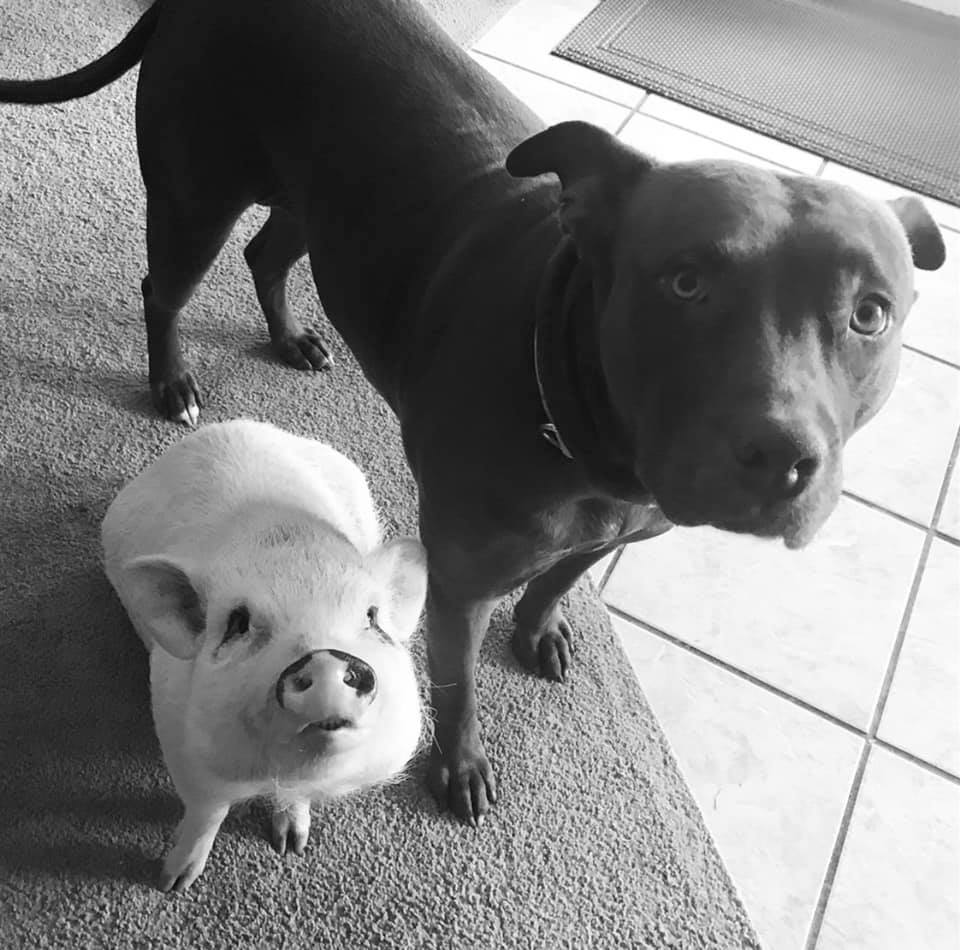