Home Dog Stories A New Hope And A New Life For Dog That Lived Under... 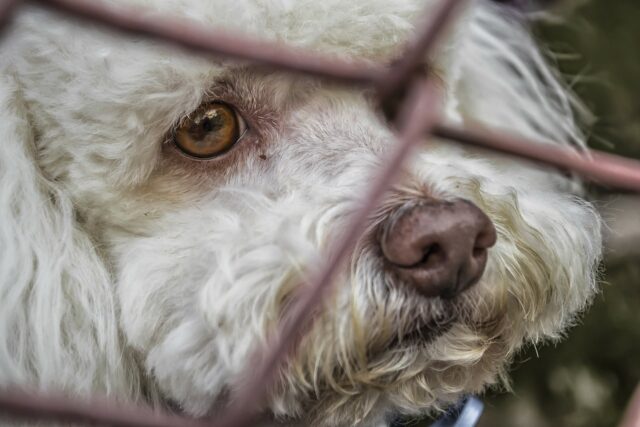 The sight of dogs suffering from unfavorable living conditions always breaks our hearts. Some of the street dogs endure the rain, the frigid night air, or worse: the blistering heat of the day. A group of volunteers changed the life of one dog who fought off the hot California sun for almost seven months.

Aaron, a terrier mix, is a homeless dog who lived outside a clinic for close to eight months. He lived under parked cars, trying to find a shade against the sun. A concerned citizen noticed the weak and sickly dog and called Hope for Paws, an animal rescue group based in Los Angeles, to seek help. 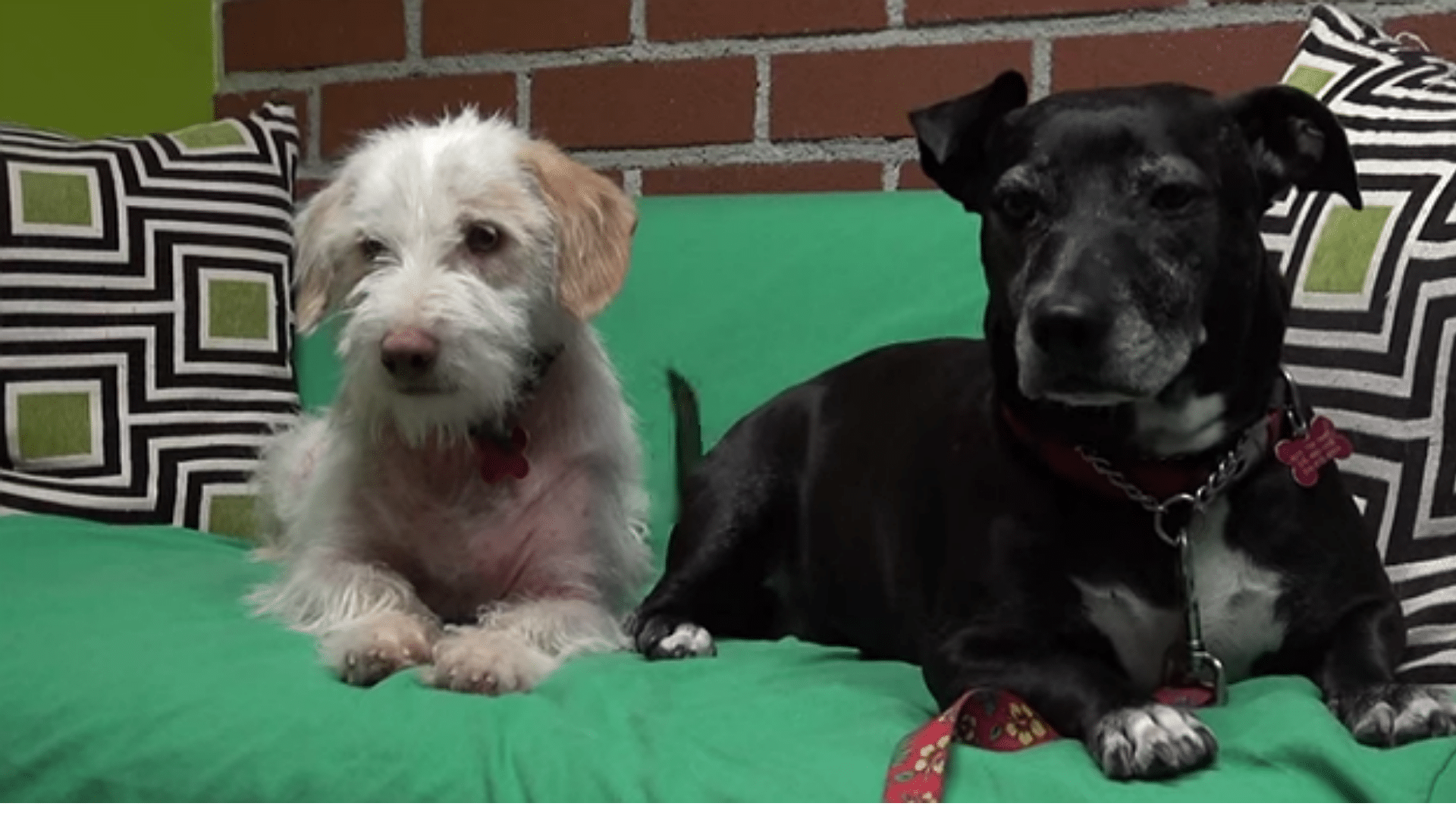 Hope for Paws volunteers immediately heeded to the call and were on their way. Founder Eldad Hagar together with volunteer Lisa Chiarelli personally rescued the scared and tired dog. Their presence terrified the traumatized Aaron and took them almost an hour to secure and save him.

According to Eldad, like other dogs they rescued in the past, the scared Aaron fought them off. The volunteers saw that the dog has unusually pink skin. He also lost most of his hair from living in rough conditions. It was clear that Aaron was miserable. 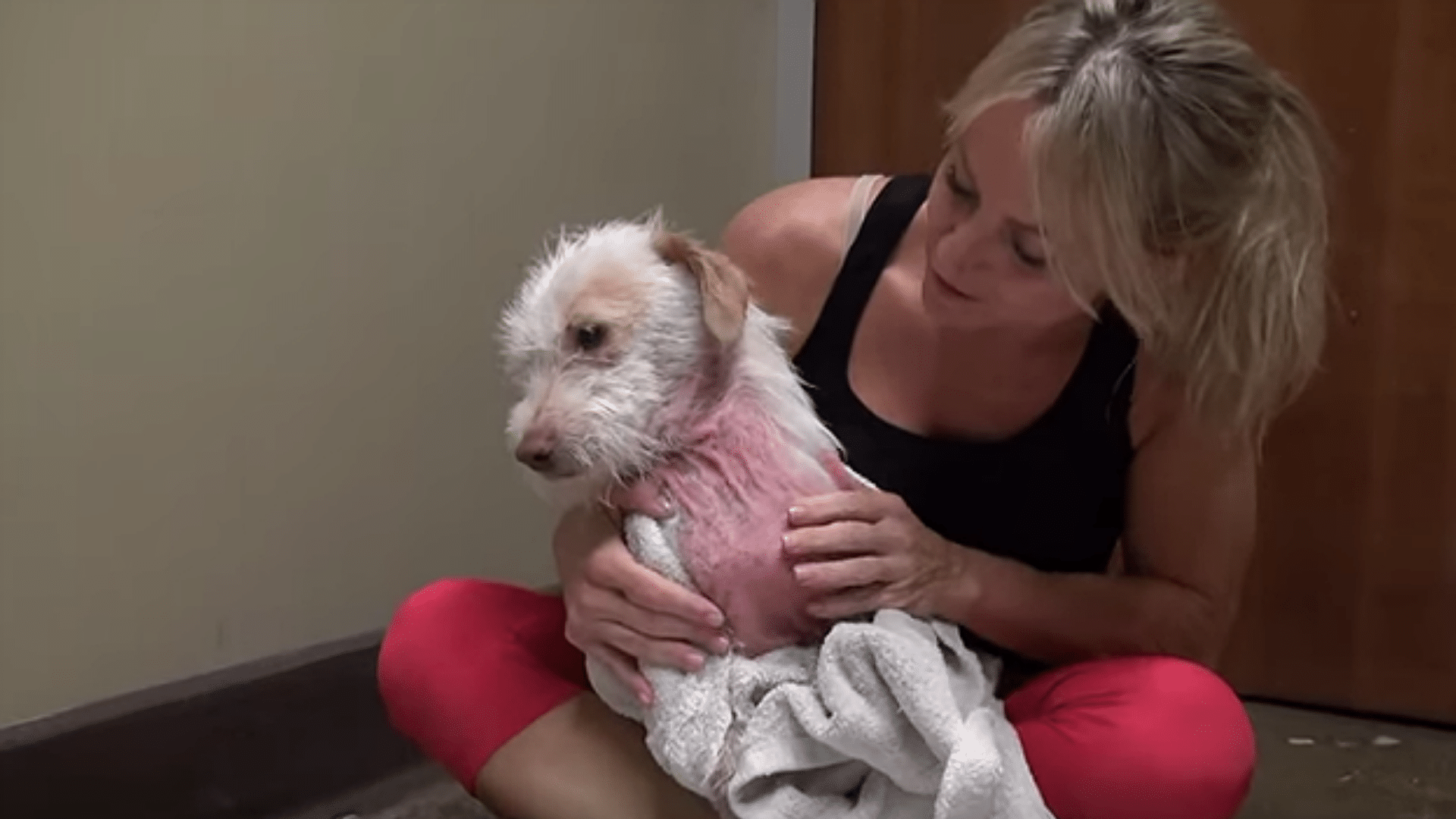 The dog violently reacted to every touch, for he has no physical contact from other living beings for the past months. Lisa agreed and said that homeless animals’ first instinct is to run away and fight for their lives. Aaron calmed down after a while and allowed the volunteers to take him.

After the rescue, the volunteers brought Aaron to a local vet where they gave him medical attention. Vets treated his wounds and also gave him the shots he needed. Aaron also experienced his first bath in months. Aaron received the care he wouldn’t think possible for a dog like him. Now, Aaron is ready to find his new family- all thanks to the volunteers who wholeheartedly helped him out of living under the car.